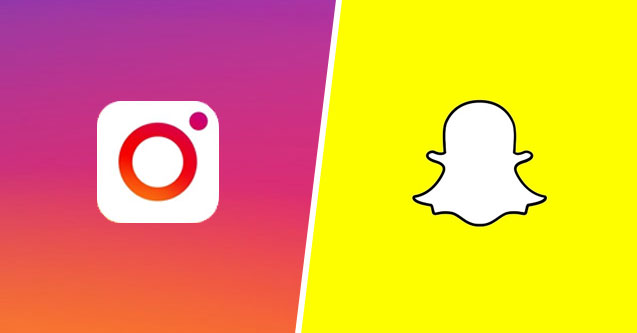 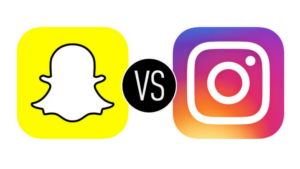 Two apps that were once dissimilar have quickly become social media carbon copies. Instagram’s once photo-posting-only theme has seemingly evolved into a filter-filled, story posting app. With 178 million Snapchat users and 800 million Instagram users, they both are some of the highest used social media apps—but what’s the difference?

The Old vs. The New

Back when Snapchat first became popular, the app was simple. Users could take pictures, draw something on the photo with the stylus, and set the “timer” for how long the recipient would see the photo before it disappears forever. Snapchat was a fairly one-on-one communication form. The app’s simplistic foundation laid way for the plethora of added features that we see today.

Modern Snapchat is the girl who was super nerdy in middle school, and then the summer going into high school, turned really hot. If a user opens the app today, there will be filters upon filter, group chats, one-on-one chats, video chats, stories, and even advertisements. Filters used to mean turning a photo black and white or sepia, but now it means turning your face into a dogs. By users holding their finger where their face appears on the screen, a white circle will buffer as the app finds your facial features, then giving you a long row of filters to apply—hippie child flower crowns, dog ears and eyes, turning into a meerkat, giving yourself a summer glow and sunglasses, or turning into an Olympic skier (the Winter Olympics advertisement through a filter). Additionally, users can individually and group message with the text disappearing after the recipient closes out of the conversation—recipients can also click the text to “save” it to make sure they don’t forget what they were talking about when the conversation continues at a later time.

The beginning of Instagram was a simpler time too. User followed other users, users followed them back, pictures were posted with captions and filters, users would like photos, and that was pretty much it. Not to say that wasn’t enough, but apparently the makers of Instagram though it wasn’t. Instagram is now a place for posting photos AND videos, commenting and following, sending photos to other people via direct message, and most similarly to Snapchat, their “story” feature. Instagram stories are available to watch at the top of your news feed. These stories are scary similar to Snapchats stories. They last for 24 hours, include the use of filters, geotags, and stickers, just like their close friend Snapchat.

Which is For You?

Each of these social media applications have implemented elements and features to make them useful to many different types of users. From a business point of view, both apps make sense to use. If a company is wanting to advertise, Snapchat would be a beneficial place to do so, as it places advertisements in the middle of people’s stories. Also, Instagram’s platform is the winner when it comes to making a brand known. Having an account for the business would give it a platform for gaining followers and fans. If you’re just wanting a personal social media platform and are not too concerned about promoting yourself, both Snapchat and Instagram would be valuable, and fun. So depending on your needs, your social media platform of choice will vary.