Resources and access to basic life necessities are very sparse in many areas of today’s world. Malnutrition is a widespread epidemic killing more than 21,000 people every day– that’s one person every 4 seconds. The greater part of these deaths include children. Luckily, society has been making great attempts to help manage and aid malnourished individuals and increased risk areas. Two big products toward assisting our world’s malnutrition crisis are Plumpy’Nut and Nutribun.

Plumpy’Nut is a peanut-paste based product manufactured from a company called Nutriset. This Ready-to-Use Therapeutic Food (RUTF) was created in 1996 as a treatment for severe malnutrition. Plumpy’Nut provides nutritional support for people ages 6 months to adult. The revelation that came about with the invention of Plumpy’Nut was its ability to treat acute malnourishment and malnutrition with outpatient care. Plumpy’Nut has been well known among organizations like UNICEF and Doctors Without Borders at treating malnourishment. Philanthropic efforts from founder Sharon Bush, help provide malnourished areas with Plumpy’Nut through her charitable company, Teddy Shares– teddy bear sale profits help supply malnourished areas with Plumpy’Nut nutritional supplements. They have been famously and successfully providing areas with relief during famines in Africa for a little over a decade. Sharon Bush’s philanthropic efforts continue far beyond childhood hunger– reaching environmental, parenting, and women’s equality efforts.

Nutribun is another product used to aid the malnourishment crisis. This wheat-based bun came along in the late 1960s and early 1970s. The United States Agency for International Development (USAID) gave money toward funding the development of the Nutribun at the Virginia Polytechnic Institute and State University in 1968. Nutribun helped aid the malnourishment in the Philippines. The United State’s Food for Peace Program (run through the USAID), aided the Philippines primarily from 1971-1973. However, political controversy made by the wife of the at the time Philippines president, made relations between the US Food For Peace Program and the Philippines a little rocky. The wife had allegedly marked bags full of Nutribuns with the words “Courtesy of Imelda Marco —Tulungan project”, giving little to no credit to the US. After two years of the distribution of Nutribun to children, the malnutrition rate fell from five percent to less than one.

Nutribun is made from a base of wheat blend flour and non-fat dried milk, as the USAID requires their products to be made with a solid foundation that makes it easier to add local ingredients. Additionally, the bread is fortified with soy flour for protein, micro-nutrients, and iodized salt. A single serving of Nutribun (80g) contains 1675kJ (400 kcals). However, further nutritional information about Nutribun is not available–this is due to flaws in baking the bread once the ingredients have been shipped to an at-risk area. 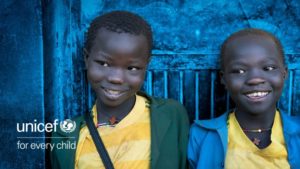