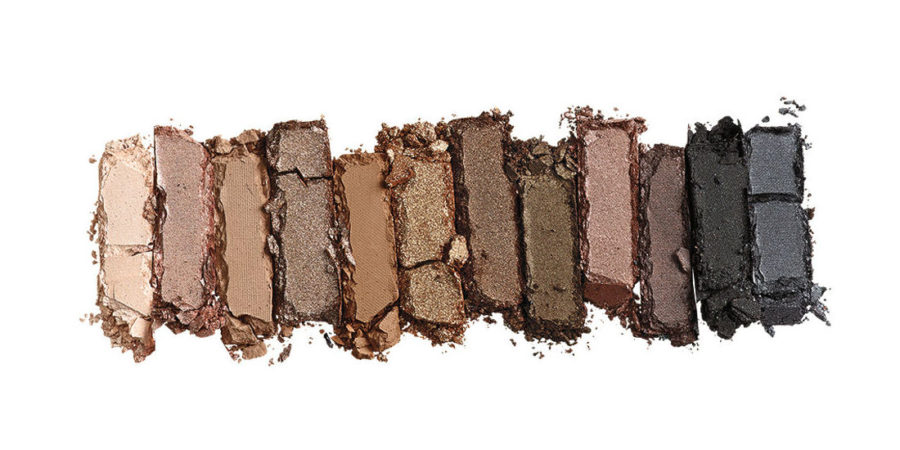 With the amount of makeup products available to beauty users, it can be easy to see the popular ones and reach for those instead of doing some more digging for possible cheaper dupes. Clarification: “dupe” is short for a “duplicate”– i.e. a cheaper and fairly similar product to a more expensive one. One of the first major dupes to hit the market in the eyeshadow world a few years back was Maybelline’s The Nudes palette– a dupe for Urban Decay’s Naked Palette, the most classic shadow palette on the market.

This palette caused a storm in the beauty world. So what was the deal?

The main and most obvious difference between these two products is their price points. Urban Decay’s Naked palette originally retailed for $54.00 (now on clearance for $27.00 because they are discontinuing it) at Sephora. Maybelline’s The Nudes palette retails between $6.00-$13.00 depending on where you purchase it. This is a huge price difference, and with the products being as similar as they are, result in a lot of people reaching for Maybelline’s palette rather than Urban Decay’s to save some dough.

It is fairly clear that Urban Decay’s product takes the win on this one. A velvet exterior case with gold glossy letters coined with a sleek minimalist interior is a bit fancier than Maybelline’s busy hard plastic cheaper looking packaging. At the end of the day, you get what you pay for when it comes to packaging.

Urban Decay Naked Palette: This stunning palette hold 12 shadows, 2 matte, and 10 shimmery shades. The matte and shimmery shades are extremely pigmented and easy to blend. Here are swatches of the shades:

Maybelline The Nudes Palette: This 12 shade palette contains what seems to be about 3 “matte” shades and 9 shimmer shades. The seemingly “matte” shades were Maybelline’s best effort, but still contain a bit of shimmer. As far as pigmentation goes, the shadows do not give off quite as much color as Urban Decay’s product, but they still perform impressively for a drugstore product. You can achieve somewhat the same pigmentation as the Naked palette if you really pack the shadows onto the lid. Here are swatches from the Maybelline palette:

While these two palettes are not identical, they are still a very close match– especially for products at such different price points. The release of Maybelline’s The Nudes palette was almost monumental for drugstore makeup because drugstore palettes had not been a thing before this. Single shadows, shadow quads, shadow sticks, and other forms of eyeshadow products have always swarmed the drugstores shelves. So when Maybelline came out with a palette, everyone was already shook, but when beauty buffs realized it was a dupe for an Urban Decay product, they lost their minds twice.

If you are a die hard high end makeup fan then you will probably only get your eyeshadow fix from Urban Decay’s Naked palette. Those ballin’ on a budget but still want that high end look, can get away with the Maybelline The Nudes palette, they just have to be sure to pack the shadow on. The final deciding factor of which palette is for you is how much money you’re willing to throw towards a palette. If you have the money, splurge on the Naked palette, or, buy two of The Nudes palettes and share one with a friend. Either way, these palettes will leave you with the perfect bronze eye look.