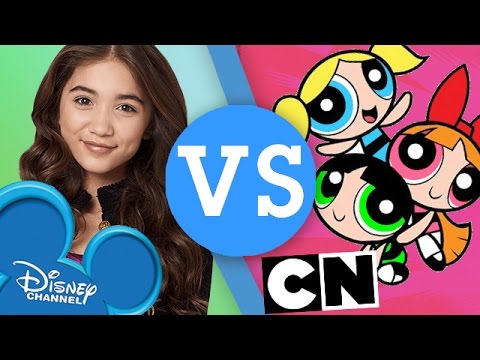 Saturday cartoons and shows are one of the best parts of the weekend. Pouring yourself a bowl of Fruit Loops and tuning into your favorite show is sure to put you into a full weekend mode. Two of the most popular networks for child/teen entertainment include Disney Channel and Cartoon Network. Behind some of the best shows these networks produced were some pretty creative teams and individuals. Both networks have seen changes and shifts as they have adapted to the evolution of what viewers are looking for.

Shortly after the rebrand, the channel began focusing on kid-friendly content, but still catered to a family audience in the evening as it decreased the number of classic films it aired, and its music programming shifted focus towards the pre-teen and teenage demographic. With shows like The Famous Jett Jackson in 1998 and So Weird in 1999, and into the early 2000s with Lizzie McGuire. Hilary Duff, who played Lizzie McGuire became the first lead actor or actress in one of the channel’s original series to cross over into music through a record deal. Similarly, Even Stevens helped launch the career of its star Shia LaBeouf. As one of the network’s earliest original series, Even Stevens set the bar for the popular high school-set comedies that made Disney Channel so beloved in the early-to-mid-2000s (the show set the stage for shows like Lizzie McGuire, and That’s So Rave, which were both successful). Even Stevens was never afraid to go all out for its constant string of gags and jokes, led by Shia LaBeouf as the immature prankster Louis Stevens. Disney was very good at engaging with the pre-teen and teen demographic through shows that highlighted your average American teenager dealing with school, friends, family, and relationship struggles.

Hollywood Executive Roy Price led the creative teams around some of Disney’s most successful animated shows. As VP of Creative Affairs for Disney TV Animation, Price developed or TV series including Recess, Pepper Ann, Hercules, Timon & Pumbaa, Buzz Lightyear of Star Command, The Weekenders, Annie winner House of Mouse and Emmy and BAFTA winner Teacher’s Pet. Also, several animated films and direct to videos including Recess: School’s Out, Tarzan & Jane, Mickey’s House of Villains. The animated series Teacher’s Pet won an Emmy and the BAFTA for Best Animated Daytime Series. His other series House of Mouse won the Annie for Best Series. Price’s father, Frank is a former Columbia and Universal Pictures chief. Roy Price earned an English lit degree from Harvard and a J.D. from USC. He followed in his father’s footsteps climbing the entertainment ladder of success.

In 2005, That’s So Raven became the channel’s highest-rated series since its transition to basic cable as well as becoming the first original series to run longer than 65 episodes. This broke a highly controversial rule that was implemented in 1998, aimed at limiting increases in production costs for its original programming. If you could gaze into the future, you might think life would be a breeze, or you might get a taste of what it’s like to be psychic Raven Baxter, played by Raven-Symone. The program focused on Raven’s visions and the misadventures she and her friend’s experienced. The Suite Life of Zack & Cody made its debut in March 2005, featuring two twin boys who live in a hotel in New York was also a hit for the station. With room-service, a pool, and the all the adventures you can imagine in a hotel, viewers lived vicariously through the twins as they lived the life of double the fun.

The success of the movie, “The Cheetah Girls,” led to the creation of other music-themed original programming.  The debut of the hit original movie High School Musical and the series Hannah Montana. On July 28 of that year, the channel saw the debut of its first multiple-series crossover, That’s So Suite Life of Hannah Montana (which involved That’s So Raven, The Suite Life of Zack & Cody and Hannah Montana).  One of Disney’s best-known shows, Hannah Montana launched Cyrus and gave her a platform to show off her comedic chops and major pipes with the like of “Nobody’s Perfect” and theme track “The Best of Both Worlds.”

Disney Channel has seen a significant shift from its original debut of the Mickey Mouse Cartoon. From the classic cartoons that have a nostalgic feeling, the network moved toward creating content that would relate to its pre-teen to a teenage audience, and they found success with this model. Disney Channel has found success in both cartoons Recess and Kim Possible, led by VP of Creative Affairs, Roy Price, and later victory in live action shows like Hannah Montana, and That’s So Raven. Disney found immense success in Original Disney Movies, which launched careers for actors like Zac Efron who starred in High School Musical.

Cartoon Network is an American basic cable and satellite television founded by Betty Cohen and launched on October 1, 1992. The network primarily broadcasts animated programming, ranging from action to animated comedy aimed at children and young teenagers between the ages of 7 to 15.

Many of Cartoon Network’s original programming have been critically celebrated, with most considering them to be superior to cartoons shown on broadcast networks. Cartoon Networks has stayed true to its name through the years, especially as more and more broadcast networks are abandoning their animated programming blocks all together. Carton Network has pushed the limit on what a kids’ channel can show, by airing several TV-14–rated animated films like the Hellboy series and Justice League: The New Frontier and TV-PG series, like both Clone Wars series. It is best known among the anime community for its Toonami block, which is known for helping to increase the popularity of Japanese animation in America.  Because of the fine line it runs between children and adult content, it has had to adapt to the ebb and flow of audiences it was entertaining. For example, to satisfy its growing adult demographic, adult animation is showcased during the overnight hours with the adult swim block.

Around the late-2000s, the network began to incorporate live action shows as it attempted to compete with other “kids'” channels, such as Nickelodeon and the Disney Channel. Some animated originals as well as the Toonami and Miguzi blocks were canceled or ended, only to be replaced by some live action programs, which came to a head when Cartoon Network Real, a block of live-action reality shows and scripted series, was created. This block was canceled shortly after its creation, as low ratings prompted a return to the network’s signature “cartoon” programming. Sticking to what it did best, creating cartoons while other stations were letting them go.

The first film based on a Cartoon Network series, The Powerpuff Girls Movie, was released on July 3, 2002. It received positive reviews from critics and grossed $16.4 million globally on a budget of $11 million. A pretty big win for the network. “The Powerpuff Girls” were uniquely and perfectly able to blend cuteness with superhero violence. The show revolves around the adventures of three super-powered little girls. The episodes could go from them fighting evil villains and monsters to them dealing with normal childhood issues like going to school. Like most Cartoon Network shows, the show used a lot of adult humor and pop culture references, making it appeal to all audiences. The Powerpuff Girls have been an all-time Cartoon Network favorite.

On March 18, 2012, Cartoon Network aired its first documentary, Speak Up, an anti-bullying campaign featuring a special appearance by President Barack Obama. On April 28, 2013, the network aired the CNN half-hour documentary The Bully Effect, which details the story of teenager Alex Libby and his struggle with bullying in high school.

What’s interesting about Cartoon Network is their ability to cater to so many audiences and keep the cartoon cool, adaptable, and relevant. They have created a unique strand of a humorous cartoon that has stood true to the flavor of Cartoon Network. They have developed versatile content that appeals to a wide base. Whether that be anime, slapstick comedy, or something a little bit more mature, the range of entertainment cartoon network offers means that they have something for all ages and interests. It has seen many shifts from its original debut but is constantly adapting to what consumers are looking for and staying popular.  “As kids’ viewing habits have evolved, Cartoon Network has always been there with them,” said Christina Miller, President Cartoon Network-Adult Swim-Boomerang. “From their first experience with a Kids network website and video app; to their first series VR game; and most recently, their first app to use ACR, we are keeping our sole focus on them as they inspire us to reimagine television.”

When comparing Disney Channel and Cartoon Network, there are some distinct differences. Cartoon Network focused mainly on the creation of its TV cartoons and appealing to both a young and more mature audience. . The network had a strong animated show series, along with live-action shows that really struck a chord with audiences. Disney also had a huge emphasis on music as it entered the area of musical movies and creating characters that were music artists, like Hannah Montana. Disney took a wide approach and created many spins off shows, movies, music, and multi-levels of entertainment for viewers. It also acted as a breeding ground for actors and actresses to make a name for themselves. Cartoon Network set a high bar for any competitor to surpass regarding cartoons. Sticking true to their animation roots and still competing against major networks like Disney Channel and Nickelodeon. Disney Channel and Cartoon Network each offer a different kind of entertainment experience. For example, if you want a sing-a-long, Disney is up your alley. If you’re looking for some slap-stick cartoon humor, tune into Cartoon Network. However different, both have made their mark in the history of Television. 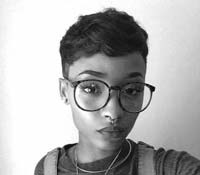