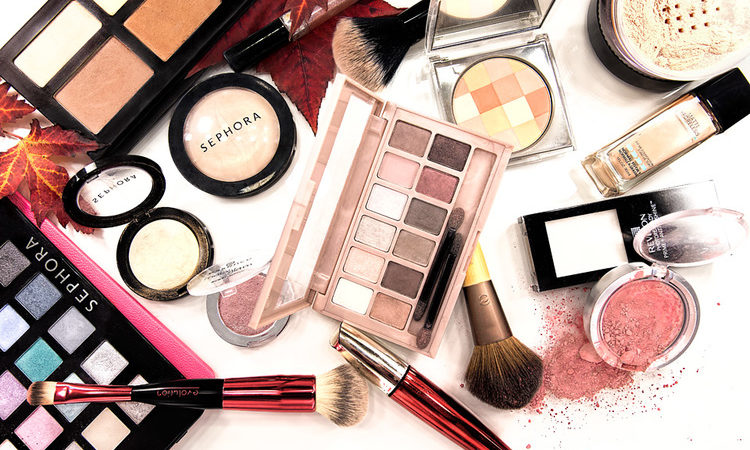 The debate of whether high end makeup is or is not a rip-off has been debated for years—because who wants to buy a $30 mascara when you can get close to the same thing for $8. Many beauty bloggers have taken it upon themselves to test a plethora of different products from both the drugstore and high end makeup retailers to try and decide which products are worth the dough. An overwhelming majority of beauty bloggers found that this wasn’t an “all or nothing” sort of deal—some products were worth the money, and some just weren’t.

When buying face makeup, consumers tend to be skeptical of changing their routine or even using drugstore products, in fear that less expensive products will cause breakouts. However, this fear may be misconstrued. Yes, high end products have a reputation of being more luxurious because of ties to a brand name, having better scent, and having better applicators, but attributes like these may not have to be equated to a higher price. Often times, side-by-side comparisons of drugstore and high end foundations show that they may include the same ingredients. None the less, products containing similar ingredients can still create a large range of textures, wear-time, and consistency. Drugstore foundations and high end foundations generally tend to show coinciding effects during application: blending ability, coverage, and etcetera. Its hours after application that consumers start to see the difference between the price points of these products. Drugstore foundation is found to break apart and melt off the skin at a quicker rate than high end foundation.  So if you’re going to spend big money on makeup, foundation (alongside primer is you use it!) may be a spot to splurge, as it is the literal foundation for the rest of your makeup look—not to say that there are NO drugstore foundations that work as well as high end ones, just a generalization. Concealers and setting powders fall in the same boat as foundations, so you may want to splurge on them as well, although there are plenty of drugstore dupes for high end concealers (i.e. Wet n’ Wild’s $4.99 Photo Focus concealer in place of Tarte’s $27.99 Shape Tape Concealer). Blushes and bronzers are another area of debacle. While some people swear by drugstore bronzers, the recent popularity of contouring has yet to make its way to drugstores as quickly as high end retailers.

High end retailers have a wider variety of colors and pigmentation that suite an ample range of skin tones while drugstores don’t cater as highly to lighter and darker skin tones but rather somewhere in the middle. Blushes on the other hand are usually the hardest to depict whether someone’s wearing a high end or drugstore product. The only downfall in drugstore blushes is that they can be known to go a little overboard on the sparkles—highlighting products are the same– , but you can easily find one with a lower sparkle content by switching products before you purchase them. Eye makeup is a little less debated over whether drugstore or high end makeup is better. But if you’re new to the makeup community or just learning how to blend your eye shadow like a queen, it’s important to learn the basics of where to get your eye makeup. Mascara products are hit or miss among high end beauty. Consumers often lean toward drugstore mascara, as you are usually buying it more often because of the short shelf life of the product. There is also not as big a difference in product quality between drugstore and high end mascaras and eyeliner. However, if you’re looking for a waterproof formula, high end products will have your back. High end retailers may have a more generous variety of eyeliner colors, but if you’re just looking for an everyday black or brown liner, the drugstore is just around the corner. Eye shadows from high end retailers are known to be more pigmented and easier to blend, so if you’re a makeup artist or just enjoy an extravagant eye look, high end shadows might be the right fit for you. However, drugstores are up and coming with their eye shadow supply. Many drugstore brands have created cheaper duplicates of popular high end eye shadow palettes—like NYX’s $20 Ultimate Multi-Finish Shadow Palette in Warm Rust compared to Anastasia Beverly Hills’ Modern Renaissance Eye shadow Palette. While the attributes of these products are not exactly similar, is the extra $30 spent on a high end shadow worth the fact that the drugstore palette needs just a little more TLC to blend out than the high end shadows? So whether you have money to spend or you’re living paycheck to paycheck, think twice before walking into Sephora.