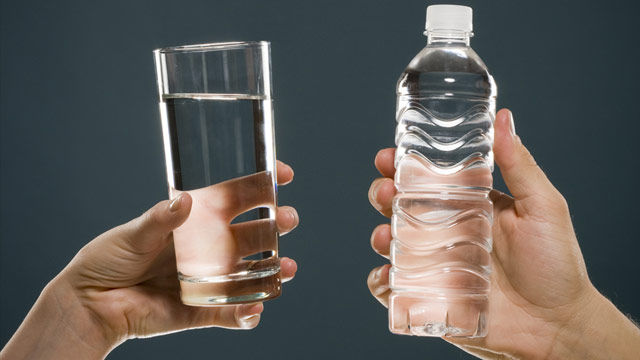 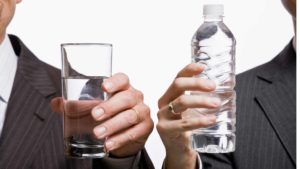 Nowadays, people have different opinions on everything—especially with what you put in your body. Every person you know, and every stranger you walk by on the street, is going to have differing opinions on whether you should drink bottled or tap water. Some swear by bottled water—sometimes even to a specific brand—, while some live under this whole idea that bottled water is a capitalized way of using earth’s natural resource to fool you. Let’s humor ourselves and fix our opinions to the side, to look at the true distinctions between bottled and tap water.

What your Wallet Says

The world spends over $100 billion on bottled water every year. According to the Environmental Protection Agency (EPA), the cost per every thousand gallons of tap water is $2, making the average price of a $1.21 gallon of bottled water, 600 times more expensive than tap water—yikes. Additionally, when spending $1 on a 17 oz bottle of water you are spending 3,785 times more than collecting 17 oz of water from the faucet—yikes 2x. Often times, people realize spending $5 on your drive-thru coffee every morning before work can be a bad habit, but picking up a case or single bottle of water on your lunch break or weekly trip to the grocery store is rarely seen to be a negative habit. Obviously, peoples coffee addiction is usually more aggressive than their water addiction, so they don’t see the harm in spending a couple dollars on a bottle, every couple of days. Just because bottled water is the lesser of two wallet evils, does not mean your wallet appreciates it. If you’re on a budget, spending money on a reusable water bottle will quickly outweigh the price of purchasing bottled water within a few days.

What the Earth Says

It’s typically common sense (or one would hope), that bottled water is far worse for the environment than bottled water—but how detrimental is it actually? –Don’t be fooled, it’s a lot worse than you probably think. It’s not the content of the bottle that is necessarily bad for the earth, but the production of the plastic bottle itself. The majority of plastic bottles are made from polyethylene terephthalate, which is derived from crude oil. The processing of this oil-based bottle requires three times the water than needed to fill the bottle itself. With Earth’s supply of water rapidly dwindling down, this is evidently disastrous. Additionally, the manufacturing of the bottle requires traveling hundreds of miles to get into your hand. From processing the water, getting the bottles to put the water in, trucks delivering cases of bottles to the grocery store, to you driving to the store, the miles traveled to hydrate you, end up dehydrating the earth.

What the FDA Says (or Doesn’t)

Lay people commonly assume bottled water is cleaner and purer due to its “clean” processing and manufacturing methods. However, tap and bottled water are not even regulated under the same agencies. Tap water is regulated by the Environmental Protection Agency (EPA), while bottled water is regulated by the Food and Drug Agency (FDA). The EPA is known for having stricter rules while the FDA is more lenient. Since the Food and Drug Agency is a private industry, it does not require disclosure of water sources or contaminant reports. The contents of your tap water are public, so the Environmental Protection Agency is actually required to send reports of the water coming out of your faucet to your mailbox, once a year.

Bottled or tap—next time you’re thirsty, which will you drink?